How to File a Petition When Your Birth Certificate is Blurred 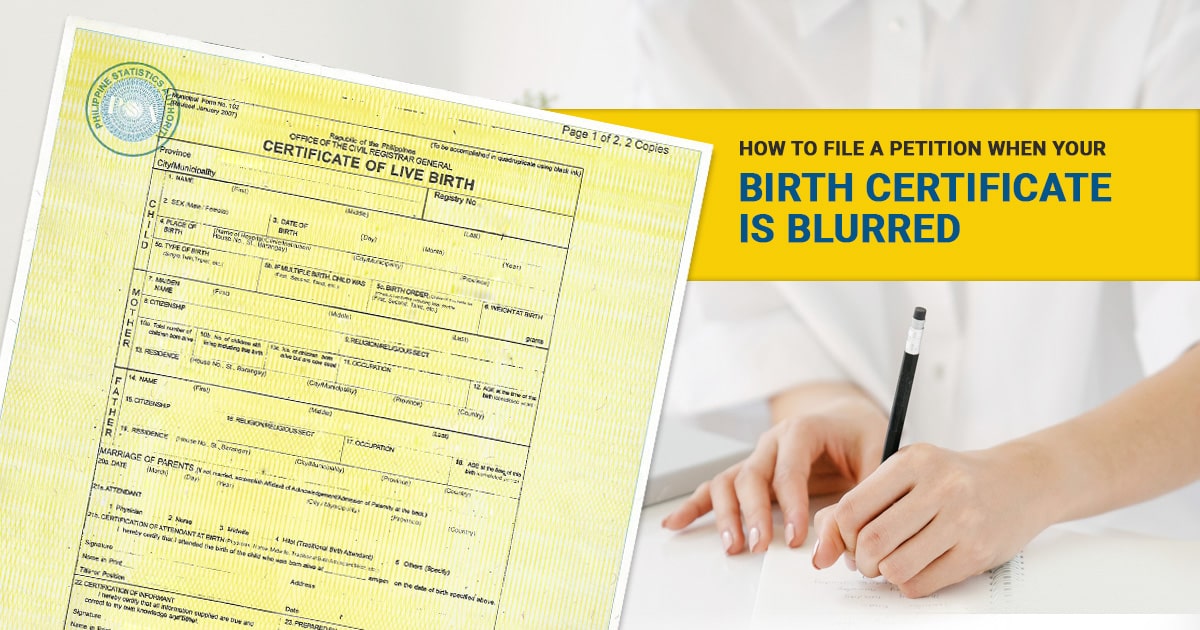 You requested a copy of your birth certificate. However, when you received and opened the document, you noticed something. It’s blurred. Now, this can be a problem.

A birth certificate is a primary requirement in major government and private transactions. For instance, you can use this document to apply for a passport, process an employment application, or enroll in a school. Presenting a blurry birth certificate then creates confusion, leaving the reader questioning the data it contains.

The good news is that you can resolve the issue by filing a petition for correction of entry in your birth certificate under the amended Republic Act 9048. Learn more about the process below.

An example of this is when the name “Clara” was written as “Clarah” on the birth certificate. In this case, the error can be corrected by the civil registrar or consul general upon the filing of a petition.

Here are the corrections allowed under RA 9048:

In addition, according to the Philippine Statistics Authority (PSA), if the first, middle, or last name on your birth certificate is blurred, it’s considered a clerical error. You can then file a petition to have it corrected.

If only the PSA record is blurred, the local civil registrar will simply endorse a clearer copy to the PSA. However, if the PSA and civil registry records are both blurred, that’s when you will be required to file a petition for correction of clerical error.

Who May File a Petition for Correction of Clerical Error?

A petition for correction of clerical error can only be filed by the following:

If the document owner is a minor or physically or mentally incapacitated, the petition can be filed by any of the above-mentioned.

Where to File a Petition for Correction of Clerical Error

Requirements in Filing a Petition for Correction of Clerical Error

There is a prescribed format for the petition for correction of clerical error. Here are the basic requirements.

The petition shall be in the form of a notarized affidavit containing the following information: The following supporting documents must be attached to the petition:

The petition and its supporting documents must be filed in three copies to be distributed as follows:

RA 9048 also requires that the petition be published at least once a week for two consecutive weeks in a newspaper of general circulation.

The civil registrar and consul general are authorized to collect reasonable fees for the processing of the petition. The costs are as follows:

Indigent petitioners are exempted from paying the filing fee.

Examination of the Petition Documents

Upon receiving the petition documents, the civil registrar or consul general will evaluate the affidavit and its supporting documents. If the petition complies with the required format and contents, it will be posted in a public place for 10 consecutive days.

The civil registrar or consul general will then render a decision within five working days after the completion of the posting or publication requirement.

How to File a Petition for Correction of Clerical Error

Follow these steps if the first, middle, or last name on your birth certificate is blurred and beyond comprehension.

A blurred entry on a birth certificate is considered a clerical error and the document is likely to be dishonored when submitted. Thus, you must have it corrected as soon as possible. This way, you won’t run into further trouble when entering into transactions, whether with government agencies or private institutions.

If you need a copy of your PSA birth certificate, you can process it in person at the nearest PSA Civil Registry System Outlet. If you prefer to order a copy online, PSAHelpline.ph offers a hassle-free online application process! 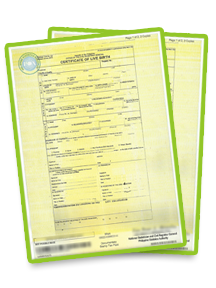 Get your PSA Certificates in 3 easy steps!
Order Now

How to Pay for Your Orders at PSAHelpline.ph at 7-Eleven Branches

Order Your PSA Certificate Through the PSAHelpline Hotline